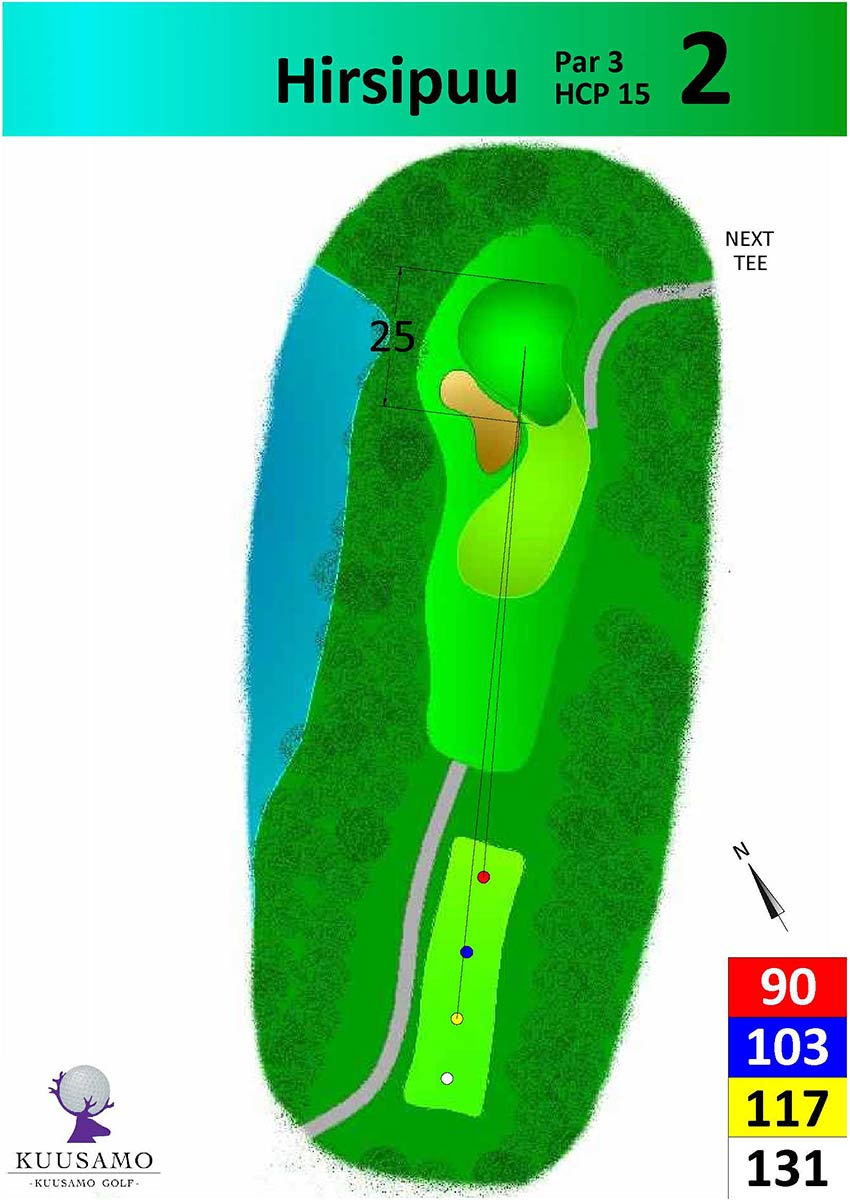 At this hole the player hits the ball towards the actual bunker, Bunkkeri, where an ammunition storage used to stand. It was blown up by the Germans when they were leaving Kuusamo in 1944.

The hole is a long dogleg par 5. An accurate drive gives an opportunity for an approach that leaves the ball just 100 metres from the flag. A long drive, however, traps the player behind the bunker hill. There is a receiving bunker in front of the green. A good game strategy is to choose a club aiming behind the flag rather than in front of it. A par on this hole is a very satisfying result.